In the three weeks since Election Day, President Trump’s most visible presence has been on Twitter. Since November 3, he has posted some 550 tweets – about three-quarters of which attempted to undermine the integrity of the 2020 election results. 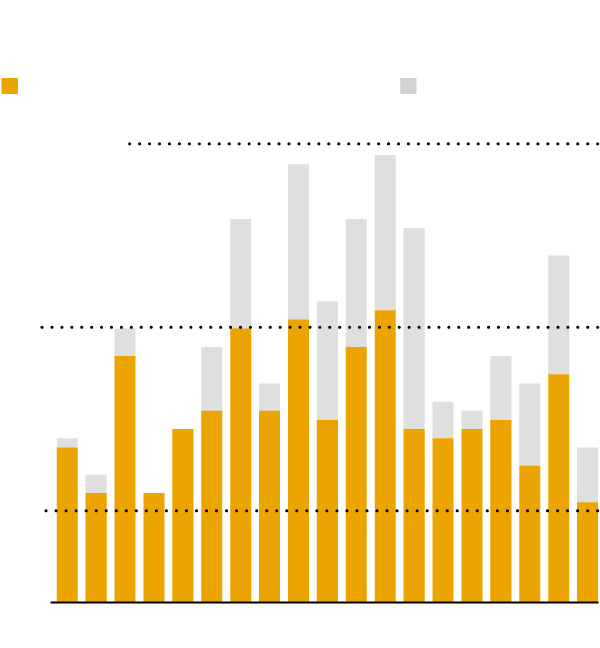 In total, the president has attacked the legitimacy of the election almost 400 times since polling day, although his allegations of fraud have been largely denied.

As Mr. Trump’s attacks continue, the coronavirus pandemic rages on, worse than ever. At least 24,000 people in the United States have died from Covid in the past three weeks.

From Nov. 4 to Nov. 22, he only had eight days with an official schedule, although he managed to maintain his weekend golf plans at his club in Virginia, as he did most. weekends in Washington.

Note: The public calendar includes all of the President’s public program for one day.

Mr. Trump also used Twitter twice to sort out personnel issues, firing the Secretary of Defense, Mark T. Esper, and the senior official in charge of electoral cybersecurity, Christopher krebs. Mr. Krebs had systematically disputed Mr. Trump’s baseless claims that the presidency was stolen from him through fraudulent ballots and software glitches.

In a number of tweets, Mr. Trump has stated unequivocally but falsely that he won the election. His path to overturning the court election results has all but disappeared after a string of legal defeats in the battlefield states.

WASHINGTON – Twitter on Saturday flagged all of President Trump’s morning tweets as disputed and potentially misleading after making baseless statements about election irregularities.

In a series of messages, Mr. Trump focused his anger on Pennsylvania, where a loss in the state would seal his fate as a single-term president. Mr Trump was following former Vice President Joseph R. Biden Jr. by around 28,000 votes when he tweeted.

Within an hour, Twitter had put a warning tag on all four tweets, claiming that the content of its claims “could be misleading about an election or other civic process.”